Singapore: 357 Covid-19 cases confirmed but only one in community, five imported

Singapore has reported a total of 52,512 coronavirus cases so far. - The Straits Times/ANN

SINGAPORE, Aug 1 (The Straits Times/ANN): There were 307 new coronavirus cases confirmed as of Saturday noon (Aug 1), taking Singapore's total to 52,512.

They include one community case, who is a Singaporean, said the Ministry of Health (MOH).

There were also five imported cases who had been placed on stay-home notices upon arrival in Singapore.

Migrant workers living in dormitories made up the vast majority of the other cases.

On Friday, a six-year-old Singaporean girl was among three imported Covid-19 cases announced by the MOH.

She arrived from India on July 3 and was confirmed to have Covid-19 on July 30.

All were asymptomatic and were tested while on stay-home notice at dedicated facilities.

Most were migrant workers staying in dormitories, but there were also three community cases - a work pass holder, a work permit holder and a short-term visit pass holder.

One of the three cases was picked up as a result of the ministry's proactive surveillance and screening, and another had already been placed on quarantine earlier. Two of the cases are unlinked.

No new clusters were announced on Friday.

Meanwhile, Adidas and KFC outlets at Bugis Junction were among places visited by Covid-19 patients while they were still infectious.

Other places added to the list include Al-Sahira Restaurant at 200 Jalan Sultan and the Ng Ah Sio Bak Kut Teh outlet at 208 Rangoon Road.

The ministry provides the list of locations and the times that infectious Covid-19 patients have visited to get those who were at these places during the specified periods to monitor their health closely for two weeks from the date of their visit.

The ministry has said that close contacts would already have been notified and that there is no need to avoid these places, as they would have been cleaned if needed.

Singapore has had 27 deaths from Covid-19 complications, while 15 who tested positive have died of other causes.

Did you find this article insightful? 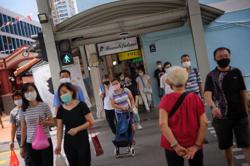 Singapore: 313 new Covid-19 cases but only one in the community 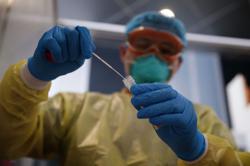 278 new Covid-19 cases in Singapore, including four in community 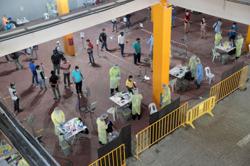 334 new Covid-19 cases in Singapore, including three in the community and four imported

Are you ready for retirement?

Thank you for downloading.

We hope you enjoy this feature!